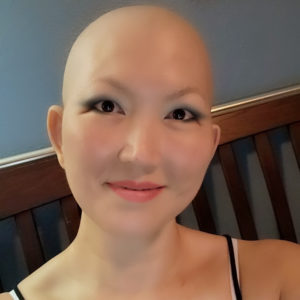 Superior, Colo., – July 12, 2021. Each year the chairman of the Billiard Congress of America Board of Directors recognizes an outstanding individual who has made significant contributions to the billiard industry with the presentation of the BCA Presidents Award. 2020/2021 BCA Chairman Ivan Lee has chosen to recognize Jeanette The Black Widow Lee with the 2020 BCA Presidents Award.

Born in Brooklyn, N.Y., Lee is arguably the most recognizable pool player in the world. Her ability to shine a spotlight not only on the herself as a player but also the entire sport of pool and billiards is unparalleled.
I am extremely honored to receive this prestigious award, said Jeanette Lee. I have always worked hard to be both a serious player and a great role model. To be recognized like this means so much to me. I really hope to continue in this sport and stay deserving of this honor. Thank you, thank you!
Jeanette has elevated the visibility and the perception of the sport in ways not previously seen, said BCA Chairman Ivan Lee. She continues to be one of the most recognized pool players in the world, and throughout her journey, she has not only competed at the sports highest levels, shes elevated the sports perception and provided unmatched exposure to pocket billiards. As one of the sports great ambassadors, Jeanette has been tremendously committed to giving back. Junior players have always held a special place in her heart and she has used that passion to assist the Billiard Education Foundation with its events, hosted team camps for rising junior players and assisted Team USA in the Atlantic Challenge Cup, just to name a few of her on-going contributions to the game.
As a promoter and marketer, Lee parlayed her talent, her great looks and her natural appeal into a business empire that has resulted in untold amounts of exposure for both her and the sport. After boldly declaring her intention to become No. 1 in 1993, Lee wasted little time, winning three WPBA Classic Tour events, the U.S. Open 9-Ball Championship and the WPBA Nationals in 1994. The incredible string of wins vaulted Lee to No. 1 and earned her Player-of-the-Year honors from both Billiards Digest and Pool & Billiard Magazine.
Lee won seven more Classic Tour titles from 95-99, and added two ESPN titles: the Tournament of Champions and the Ultimate Shootout. In 2001, Lee earned the gold medal at the World Games in Akita, Japan. She has won a dozen titles in the 2000s, including the WPBA Florida Classic and BCA Open Championship in 2004. Lee’s accomplishments at the table are all the more impressive considering the physical ailments (scoliosis, arthritis, bursitis and more) that have resulted in more than a dozen surgical procedures. Lee is currently battling stage 4 ovarian cancer that has metastasized throughout her body.
Off the 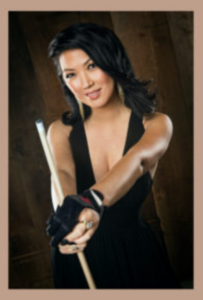 table, Lee’s contributions and clout have been recognized in her 1998 selection as WPBA Sportsperson of the Year and her ranking as one of the industrys most powerful people in the bi-annual Billiards Digest Power Poll in 2001, 03, 05 and 07. She was featured in ESPN’s annual The Body Issue, magazine in 2010, and she has appeared in numerous movies, television commercials and has been a guest on countless national television shows. She served as National Spokesperson for The Scoliosis Association and on the board of the Womens Sports Foundation. Lee was inducted into the Billiard Congress of America Hall of Fame in 2013 and the Asian Hall of Fame in 2015.