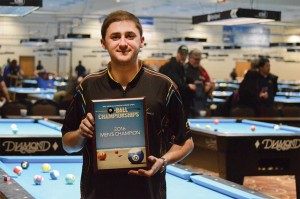 The 3rd Annual Chinook Winds 8-Ball Open Championships hit the top of the charts. It was a star studded event with players were vying for Mosconi Cup Points.   The Oregon coast is a great backdrop for the event.   The weather outside was wet and windy at the beach but all carried on. Chinook Winds added $17,000 in prize money to the 8-Ball Open events, $12,000 to Men’s division with $10,000 guaranteed for 1st place with a full field and $5,000 to the Women’s division with $4000 guaranteed for 1st place with at least 32 entries.  The Men’s division raced to 7 and the Women’s to 5. A full field of 128 men and 37 women entered with talent in abundance.  Players came from all over. Alberta, Arizona, British Columbia, California, Colorado, Florida, Idaho, Kentucky, Manitoba, Maryland, Maine, Michigan, Missouri, Montana, Nevada, North Carolina, Ohio, Oregon, Philippines, Pennsylvania, Texas, Utah, Virgin Islands, and Washington. 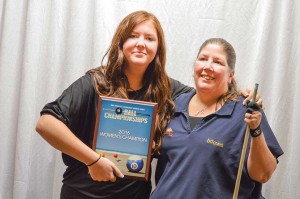 The first of the two finals featured Mary Coffman from Washington & Nicole Keeney from Littleton, Colorado. The finals match featured a lot of great play from both women, with both playing like the champions they are. Mary made it a two set final, working hard to capture the first set.  Nicole, however, set the pace in the second set to prevail and take home the title.

Taylor Anderson, after winning the hot seat match against Dennis Orcollo, waited for the loser of the side bracket to play out.  Would it be a rematch with Orcollo in the final, or would someone else power through? Skywalker Woodward ‘Jedi mastered’ through Filipino Champion Dennis Orcollo to face Taylor in the final. Skyler ‘Jedi Mastered’ is an apt way to describe Skyler’s dominating performance throughout the tournament.  Skyler coasted through his first four matches, never losing more than three games per match against some tough opponents. Sky then met up with Dennis Orcollo for the first time, came up a short and was sent to the back side.  The quest for a spot in the final was hotly contested by those on the one lose side with some very tough competitors all wanting a shot at the title.  Sky had his work cut out for him and he more than proved himself by beating Shaun Wilkie 7-5, Mike Dechaine 7-5 and Dennis Orcollo 7-2 and moving into the final with the $10,000 1st place prize on the line.

By this time the room was packed with spectators who did not leave disappointed.  Skylar took the first set from Taylor in a hill-hill match that featured nearly flawless play by both men.  In the second set, Sky took control as Taylor struggled a little and the match ended with a 7-4 victory for Skylar, who played like a true champion throughout the tournament.

Hundreds of spectators watched the finals and many of the marque matchups as they played out during the tournament.  Online over 40,000 viewers tuned in to watch the finals as well as the many hours of live streamed coverage. 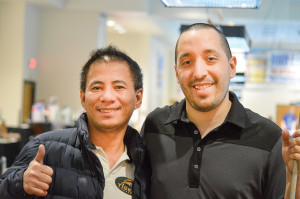 The $1000 added Men’s Bud Lite WarmUp 8-ball tournament took place Thursday evening before main event.   League players and those entered in Main event were welcome to play.  96 men entered the $25 entry, race to 3, Double elimination event.  The short race can be a real equalizer with top players and was a lure to our local league players who hoped for the opportunity to play the best in the world.   There was over $3200 in prize money up for grabs and, in the end, it was Dennis Orcollo taking 1st and $1000 followed by Oscar “Gentleman” Dominquez in 2nd place ($640), Jeffery Ignacio 3rd ($400), Ernesto Dominquez 4th ($260), Hunter Lombardo and Warren Kiamco 5th/6th ($160 each). The Women’s WarmUp tournament saw Bernie Store from Arizona run through the field of 18 women to take top spot ($370) followed by Janet Dunks from Montana 2nd ($180), Mary Coffman 3rd ($100) and Juanita Brown from Utah 4th ($50).
The Calcutta went off well.  Auctioning through both fields took some time but it was well worth it. There was a net $26,370 in the men’s and $4,460 in the women’s.  Paul “Kez” Marquez was calling on bidders to buy horses. His enthusiasm propelled the bids. Runners Denise Pulido and Darcy Williams ran holes in the carpet bring in money.  It was a fun and exciting event. Top Horses were Dennis Orcollo, Jeffery Ignacio, Skyler Woodward. Top Calcutta prize was $10,230.

“It was about pool”.  The acclaim came in from all fronts.  It was very gratifying to hear the applause coming from both participants and spectators.  Players new to the event said they had never seen such a distinguished event and are coming back to play at the next one in October. The event is growing nationally and world wide in stature with professionalism and popularity. The Chinook Winds Open 8-Ball in March had Mosconi Cup Points available to the pro’s as they vie for a spot on Team USA.

They say it’s better at the beach and they are right!  Chinook Winds Casino Resort is a full service facility and is an exceptional place for a tournament venue.  Having this event tucked in at the beach in Lincoln City, Oregon creates an atmosphere you can’t find everywhere else.  The Event was sponsored by Chinook Winds Resort and Casino, Anheuser Busch with Bud Light being the official beer of the event and sponsor of the WarmUp Tournament. The Western BCA and their staff for their extensive help were priceless. 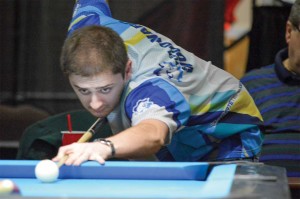 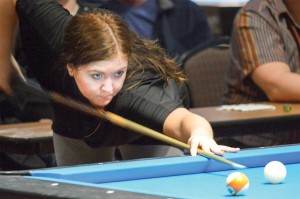