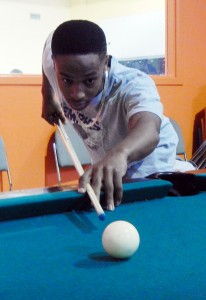 Kick off this year with a fantastic youth pool event.  The Bernard Smith Boys and Girls club just completed this year’s first Youth Championship Open.  Eight ball and Nine-ball matches took place during this true double-elimination event.  Players conducted themselves like pros utilizing the World Standardized Rules of play. The field consisted of sixteen young pool-shooters ready to win a new cue and some awesome; at least for a year, bragging rights!  There were no cash prizes; winning said it all for Gary Fields.  Gary fought his way through this double-elimination event without a loss winning a new cue and other donated items.  Michael Durham, the second place finisher, held steady fighting back from the second bracket regaining his position in the finals.  Gary defeated Michael to win the event.  We also want to congratulate Martavious Strickland who took the third position. 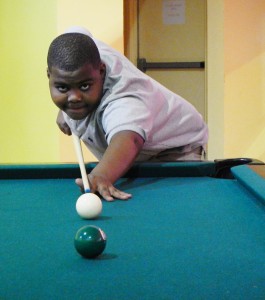 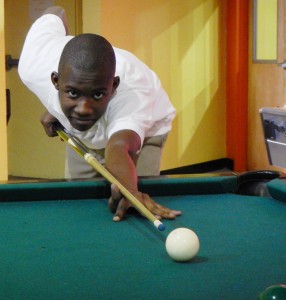 This tournament was possible due to the “Boys and Girls Clubs of Greater Memphis”, who supplied the facilities and thank you to our gracious supporters who donated prizes.  Thank you Paul @ Professor-Q-Ball and the National Wheelchair Players Association for donations, and special thanks Tracy Whitney of High-Pockets who keeps our sticks healthy.