In magnificent fashion, Mazin Shooni won the warm up tournament for the 2013 USBA nationals held as part of the grand opening of his private billiard club, Amazin Billiards, in Malden, Massachusetts. Twenty two players gathered, including four former national champions, to play in the event that featured on tables. After the preliminaries, eight players advanced to a single elimination knock-out. Shooni defeated Hugo Patino in the first round (30-18), then topped Miguel Torres (30-21) to advance to the finals. In the other bracket, Michael Kang defeated Jim Shovak (30-17) and Sonny Cho (30-25) to earn his place in the finals.

In the championship game, Kang came out strong, playing like a man possessed, as one observer said. He built a big lead but stalled at 28 with Shooni behind by 6. Kang made another billiard, then missed a hanger. Shooni stepped up and ran 8 and out for the victory (30-29).

Famed artistic champion Miguel Torres will treat viewers to a trick shot exhibition at the close of ceremonies.  The A”™Mazin Billiards event will be live-streamed on www.caromcorner.com/live.html and www.ustream.tv/channel/caromcorner. The event is free to members and open by invitation-only to special guests.  Sponsors include Van Stry Designs, Jack”™s Ristorante, Breton Billiards, Tiger Products Professor Q-Ball Magazine and the USBA. 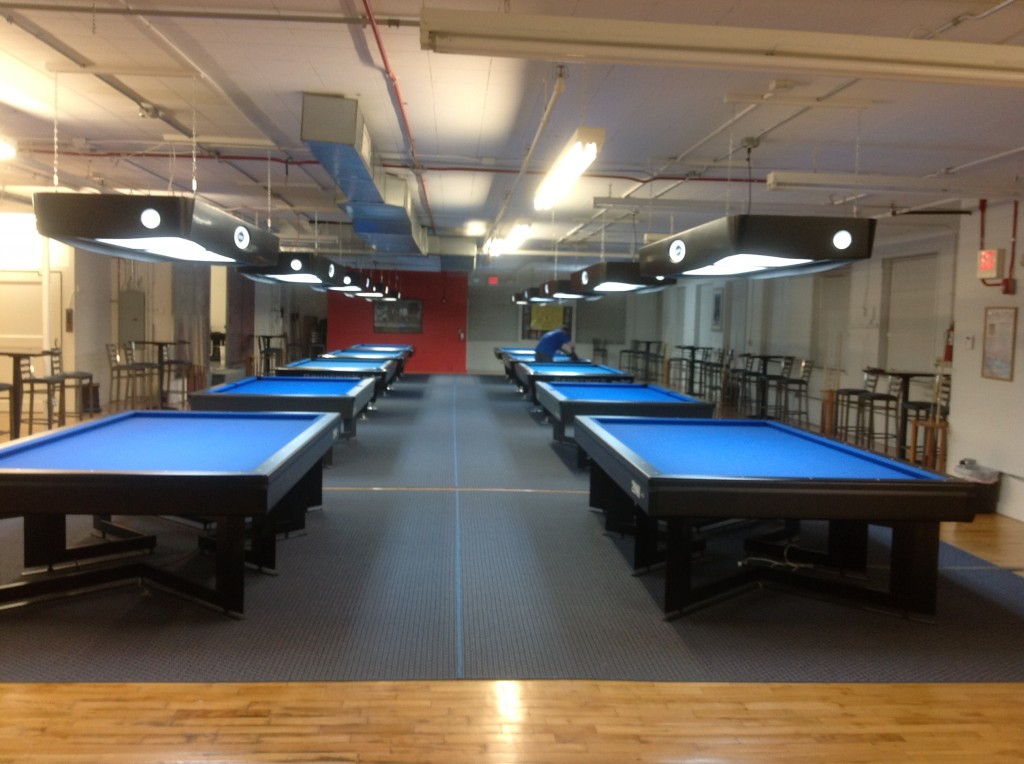 AMazin Billiards is an exclusive members-only billiard club tailored for the professional player and features elite equipment such as Breton 2001 billiard tables, Brunswick Gold Crown pool tables and Tiger Cues.  For information about the club or the tournament, contact Mazin Shooni at 248-910-4466.