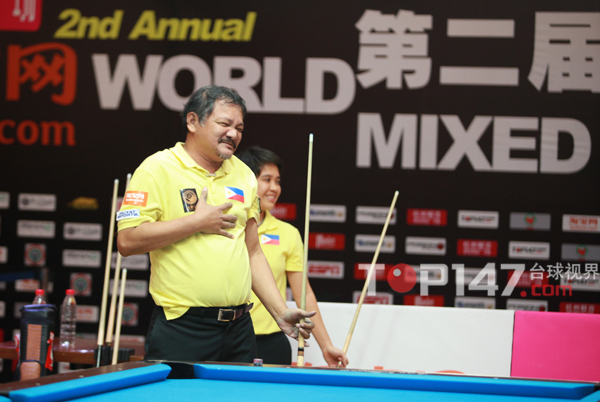 Hangzhou,China- Efren Reyes and Rubilen Amit are en route to defend their World Mixed Doubles title as they eked out another 8-7 victory over the very strong Chinese Taipei Team of Pei Chen Tsai and Fong Pang Chao. This year’s event is exponentially tougher than the one they won before.

“Efren looked at the tournament chart of what teams were here, and he said oh my goodness there are too many strong teams this time. It’s much tougher than before”, said Ish Capparas, part of the Dragon Promotions team running the event. 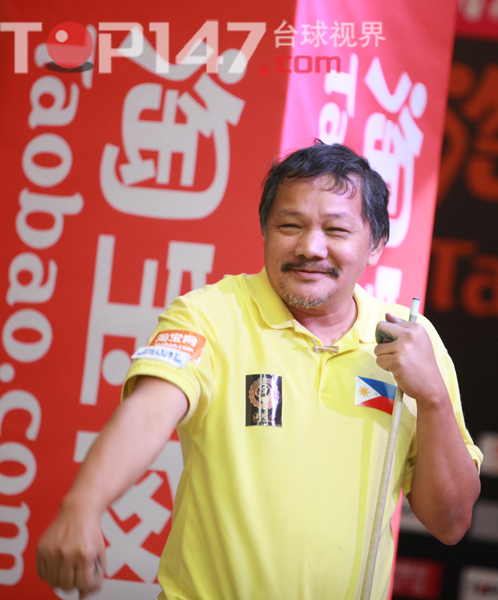 Meanwhile Team USA’s Jeanette Lee and Johnny Archer continued their hot streak with another great performance over a tightly contested match bewteen Team China’s favorites in Liu Haitao and Fu Xiaofang. With the score tied at 5-5, Lee and Archer pulled away for the 8-5 win. 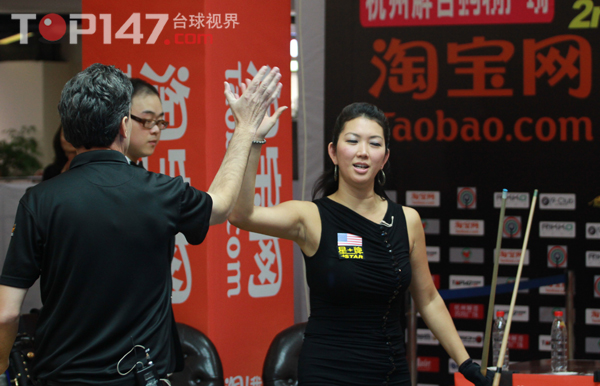 The Korean American duo of Charlie Williams and his student Eunji Erica Park played another near flawless match as they defeated the tough Taiwan Team of 2x World Champ Fong Pang Chao and Pei Chen Tsai, silver medalist at the Women’s World 10-Ball Championship. The Korean team had no missed shot errors in the entire match and closed the match out with a tough 10-ball bank shot made by Park. This put them against Team USA in the semi-finals. Unfortunately for them, Archer/Lee were too strong in their rhythm and partnership as they cruised over Williams/Park 9-2.

“Johnny and Jeanette play really great together. I think Johnny plays better with Jeanette than some top men pros I’ve seen him paired up with at Mosconi Cup”, said Williams.

“Me and Jeanette just feel real comfortable out there together. I agree with Charlie that I play better with her than some of the male partners I’ve had”, said Archer. 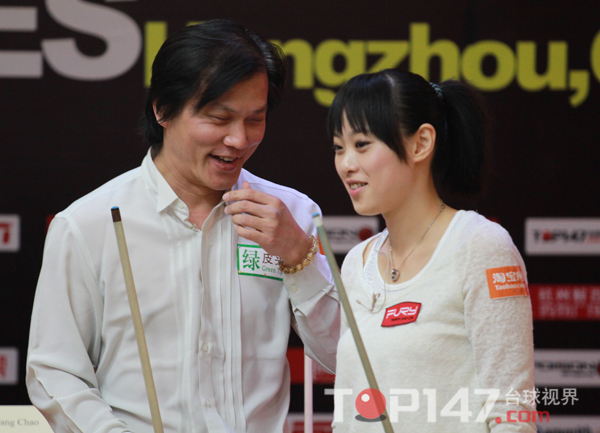 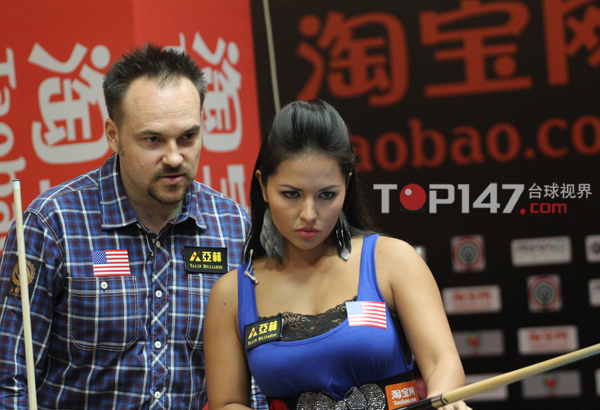 Max Eberle and Shanelle Loraine made for an exotic looking pair. “I would definitely play with her again”, said Max. 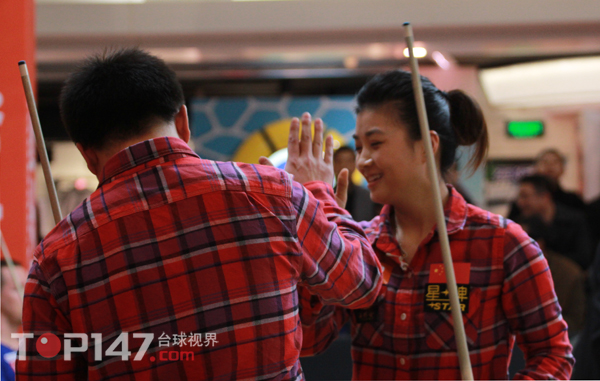 Fu and Liu color coordinated in modern fashion in China. Liu said, “I really felt like at many points, she and I played as if we were one person.”