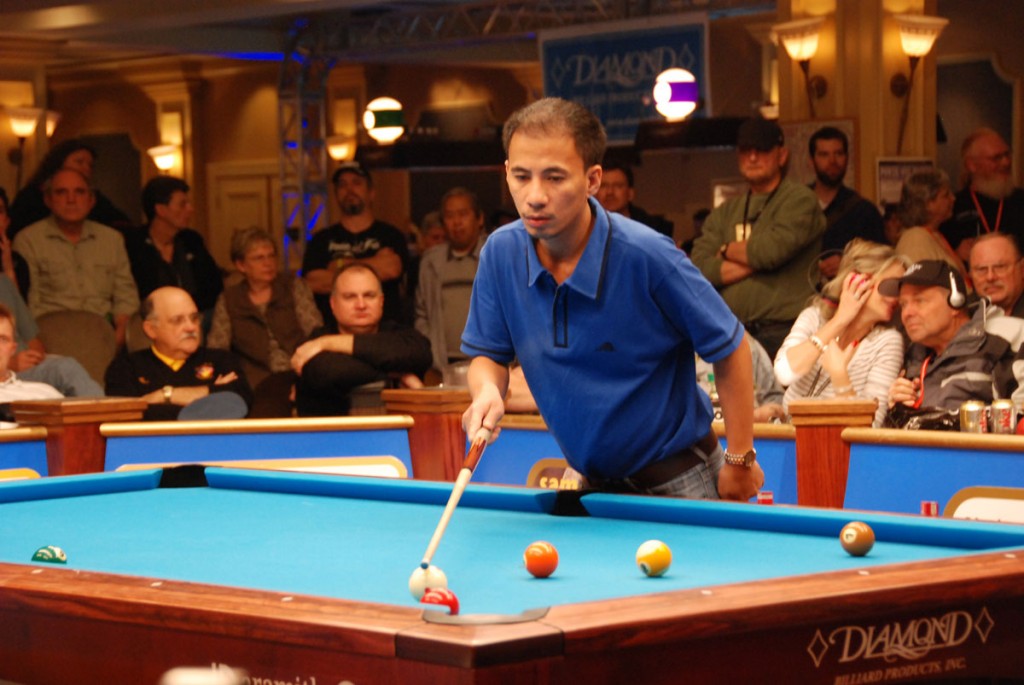 Dennis Orcollo, playing from a field of 293 players in 12 rounds of play wins his first Derby City Main Event the 2011 9-Ball Division. In his semi-final match Dennis eliminate Mika Immonen, the 08 and 09 US Open 9-Ball Champion, 7 to 1. In the other semi-final Shane Van Boening defeats Niels Feigen in a tight hill-hill match. Dennis was still on a roll and free wheeling coming into the final against Shane, the 2009 DCC 9-Ball Champion and 07 US Open Champion. Shane had very few shots at the table with Dennis winning the match and title 7 to 1. Dennis received $16,000 for first and Shane received $8,000 for second. 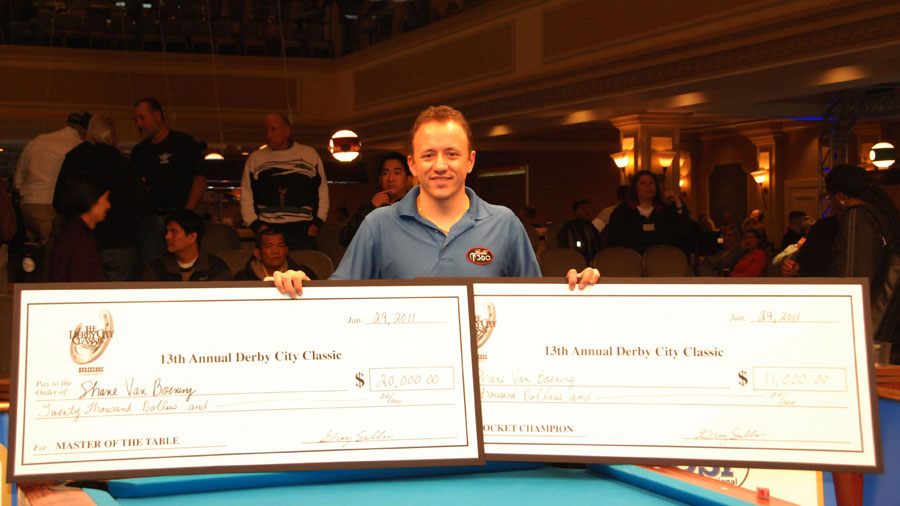 The one pocket started with a field of 317 players which all had 1 re-buy option. This was up from 233 players in 2010. Shane had eliminate the new DCC Banks Champion Alex Pagulayn, 3 to 0 in the semi-final, while Earl Strickland was dispatching Shannon Dalton in the other semi-final. The final match between Shane and Earl was a very offensive battle with very aggressive shot selection. This style of play made exciting watching as the match went hill-hill in the race to 3. Shane prevailed in the final game 8 balls to 2 to become the new DCC One Pocket champion and claim the $11,000 prize.