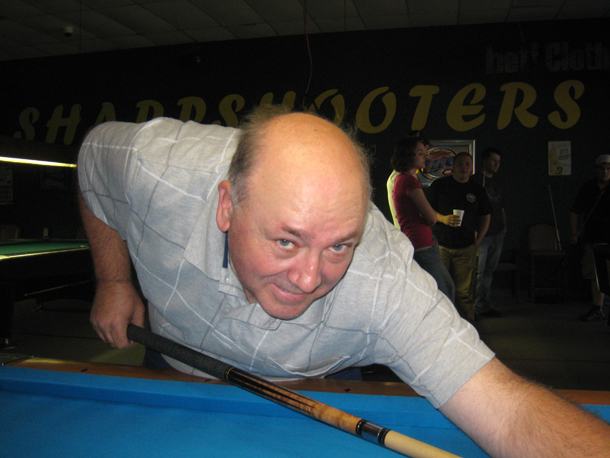 The Viking Cue 9-Ball Tour made its way to Memphis the weekend of April 25th & 26th, 2009 where it’s Amateur-Advanced and Amateur Divisions were hosted by Sharpshooters Billiards & Grill whose owners Robbie and Donna Franklin graciously added $1500 to this weekend’s events. The participants were greeted with 18 bar tables that were recently recovered in Simonis 860 and 4 nicely kept 9ft tables. Sharpshooters provided an excellent atmosphere for all the participants as well as spectators. The Viking Cue 9-Ball Amateur Advanced Division was won by long time Viking Cue 9-Ball Tour Member David Rice. Rice racked up his second win on The Viking Cue 9-Ball Tour this weekend. Rice began his race to first in the bottom half of the brackets, after drawing a bye in round one, Rice proceeded to eliminate his competition sending the following to the left side of the chart: Nathan Melone 11-0; Jerry Wildman Jr 11-3; Floyd Reasons 11-4; Doug James 11-10. Rice lost in set one of the double elimination format to Charlie Lane 11-9 but was able to make a comeback in set two to win the tournament 11-4. Charlie Lane began his trek to the finals in the top half of the brackets and was sent to the left side of the chart after one round. Lane defeated Gary Baker 11-8 before his loss to Doug James 11-9. Once on the one loss side Lane defeated Josh Woods 11-8; Harold McAbee 11-8; Floyd Reasons 11-7; Jeremy Stufflebean 11-4; and once again he would face Doug James in the semi finals, this time Lane was victorious winning 11-9 to make his way to the finals. 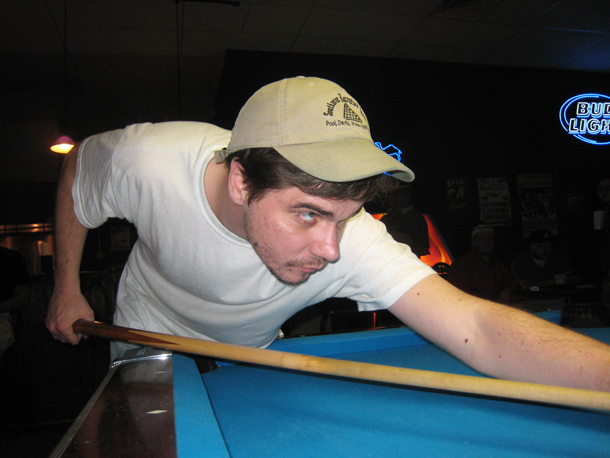